Today, we take a look back upon the subject of an old interview that was conducted by Brian Appel. Join us as well look into one of the more controversial “artists” of our time: Richard Prince.First things first, though.

Who is Richard Prince?

An American painter but better known as a photograph, Richard Prince is believed to be one of the better artists of his generation.Prince has mentioned that he has always been attracted to art—specifically photography. He was inspired by the works of Jackson Pollock who had been at the height of his career when Prince was growing up. At the age of 18, Prince moved to Europe and later came back to attend college in Maine.

Prince credits the photo of Franz Kline as one of the reasons why he fell in love with the city of New York. After his move to the big apple, he immediately set to work with photography. His first ever solo exhibit followed shortly after.

The ageing of the subject (whatever it may be) is a great way to add character to an already famous subject. However, this does not mean to say that this is without any controversy. A lot of photographers often spend days, weeks, and months looking for the perfect subject. Even when they do find the subject that they like, it takes several tries to get the “perfect” shot. This is why when someone does a session of rephotography on your subject; it can come off as a tad lazy.

It does not really help that Prince has always been skating thin ice regarding some of his rephotography subjects. His more recent debacle was his use of photos taken from public Instagram accounts. It wasn’t like he contacted the people whose photos he took a screenshot of and reprinted. Prince blew up the photos, altered some details—some no alterations at all—and proceeded to display the images. While it could have died off in obscurity, the images started to sell and even hit the whopping amount of $100,000.

Reactions were mixed but were mostly on the irate side. Some of the subjects were puzzled but otherwise were “honored” by being chosen as one of his pieces—the slightly sleazy captions included—however, there were those like the famous Suicide Girls who did not take this lying down.

They blew up their photos to roughly the same size and used the same materials that Prince used and started selling it or significantly less (the figure we got was around $90). This move effectively killed the market for Prince’s take on the Suicide Girls’ photos in his gallery. Prince has been the subject of other lawsuits regarding his derivative works. While so far he has been victorious in these legal battles there is much discourse and heated discussion over his identity as an artist.

While art is supposed to evoke emotion in its audience, there is a certain degree of originality and effort that is to be expected out of great works of art. Prince tends to see already established pieces and change them slightly then call it his own. While there are those that defend it as a commentary on the concept of Fair Use, for some, it is just plain odd.

It would be the same concept as you see your neighbor selling a spoon for $2 then you taking the same spoon, putting a ribbon on it and selling it for $200. Some argue that’s just good business but for an artistic point of view it’s rather disrespectful. At least, that’s how it goes sometimes. 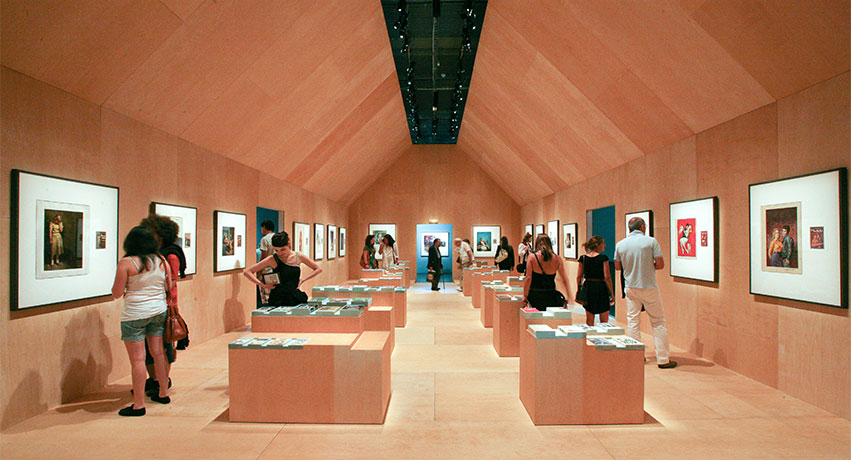 While Prince will always somehow land himself in controversy, there is no denying his ability to illicit reactions from those who perceive his art. We at Rove TV have said time and time again that regardless of the emotion that is evoked from you, if art manages to do that then it has completed its job. However, where does the line of making art and using it as a money making machinery lie? Is there such a line to begin with? Artists get into art and do hope to make a profit from it.

It is, after all, a profession. However there is a fine line that all artists need to review. Are they willing to do their art for the sake of making a living and possibly eliciting reaction out of people? Do they aim to create enduring pieces that is clear from any smear of controversy?

Just what protects art from being copied and distributed without their knowledge? From what Prince has shown the world, a few changes will make the piece “transformative” and therefore no longer the original. Controversy can be useful in making you relevant but it cannot make you long-lived in the world of art. We cannot help but admire Prince and his gumption in trying out simple yet ripple-inducing ways to create his art.

Whether you like him or not, he is bringing a lot of thoughtful conversations to life. There is much discourse over the topics of Fair Use. There is now more awareness regarding the public social media pages and what people can do with them. Prince managed to simultaneously create his art and bring on gobs of reality checks across the board. People are generally inclined to dismiss and disrespect Richard Prince and his accomplishments. However, we think that is unfair.

While we won’t go out of our way to proclaim him as a “revered artist” like the New York Times did, we do believe that Richard Prince has his own part to play in the sphere of art and its evolution. Particularly since the digital revolution is continuously evolving. We’re certainly on the lookout for what Prince will have in store for everyone next.