In order to appreciate where you are, you need to learn how to look back. These words are something that we at Rove TV take seriously. Therefore, join us as we go on a thoughtful reverie. As art is something that is fully documented from start to finish, it is one of the more pleasurable things to look back upon. As more and more findings about art are published daily, it is easy to look back and see how far art has come.

We all started making art in the walls of caves and now we’re creating whole worlds within digital spaces. Today, we’re narrowing our look back into old exhibitions that Rove helped bring to life. Let’s get started!

A video artist who has enjoyed exhibits in places like Studio Museum, her show comprises of grouped monitors/screens which showcase her video pieces. What accompanied them are photographs done in larger scale in order to relate but not directly connect with the exhibition. Each of the large photos can be considered stand-alone pieces for individual perusal in conjunction with the overall exhibit.

Her presentation of the female body opened up the discourse to how it was being used and utilize by rappers and other hip-hop videos. Smith-Penelo manages to deliver a double whopper of a commentary. She both manages to celebrate AND offer criticism regarding the language that urban music was delving into. It also helped to open the discourse regarding a woman’s body and what she may be inclined to do with it on her own terms.

ART BAND: A Night of Music and Art

This night was a great night for musical performances. The bands of Phoenix and the Shadow, Cheeseburger, Empire and several others were able to showcase their talents that night. They were also joined by several other artists like Brendan Cass with his paintings that carry more beneath the surface. Brian Belott makes use of cartoon citations and other mediums to bring together an overall iconic appeal.

Artist Melissa Brown made use of her various colored landscapes. Robert Reynolds challenged his capability on canvas. He does attempt to push the confines of his medium with all the idealism that you’d expect from an American. 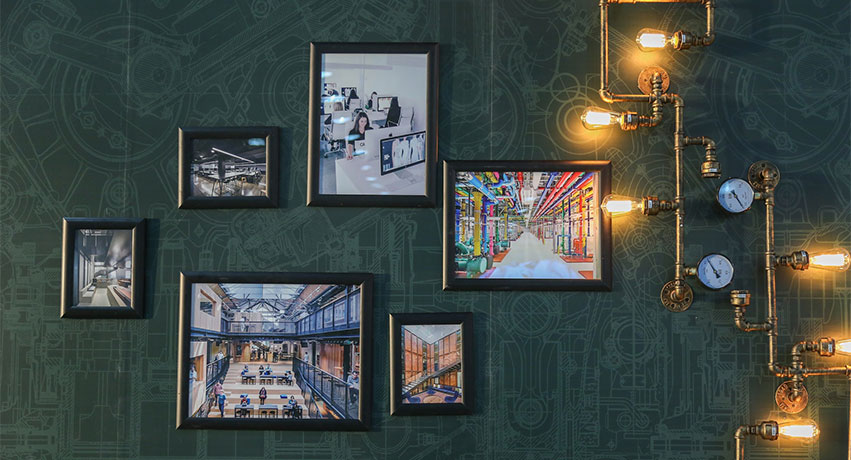 Rosalie Knox held her first ever solo photography show. Her individual pieces have graced several publications all over the world. According to Knox herself, she liked to capture unusual and talented people in the crux of their lives. There something utterly poetic and startling terrifying about watching someone’s life through an outsider’s lens. While photography is one of the newer forms of art—which, at the time, was still being criticized—Knox had a way of finding art in the timing. She managed to harness the moment and bring them to life in her film.

Her images were touted to be within reach and amongst the grit of humanity. Knox’s show was entitled Shoot the Shit and with her subjects being anyone, it probably did not get more real and grit than that.

Katherine Bernhardt’s show was at Team Gallery. While not new to the whole solo show thing, she still brings a consistent freshness to the scene that can be appreciated by anyone who loves art. Her paintings had subjects that ranged from fashion to abstraction. It was a range that most people don’t try to put together. It was safer that way.

However, for Bernhardt, safe was boring. Her old pieces were commonly stand-alone pieces. However for this show, she tried to give it a more cohesive flow. Her paintings and collages while not in your face brought a simplistic beauty through its layering.

Graham Gilmore went to the Emily Carr College of Art and Design. A painter with a knack for layered grids of color, he makes use of Masonite which has the surface covered with enamel. This helps to kee the colors seemingly halted in the middle of movement. Not satisfied with color, he also carves words unto the surface of his materials.

Gilmore is a fan of puns, as anyone would be able to tell with his piece entitled Boo Fucking Hoo. His other piece takes a page out of the book of alphabet soup. He interconnects bubbles which hold letters in the inside. Any words you may find connected to each other are coincidental—or are they? This is a great way to ensure that his piece is interactive and subject to the understanding of whoever views it. It’s a great a simple way to make his piece engaging.

Thom Merrick is from California. He has over 30 solo shows under his belt. His forte is making site-specific art installations. Often, they are at the request of curators. While he enjoyed the whole wildness of a drifter lifestyle, he has since settled in New York. Other than his installations, he also does masterful paintings which make use of clear layering in order to bring the image to life.

Most people who have met Merrick oft cannot believe that gentle sceneries of lush vegetation and animal life. His art has been described as daring AND naïve. Each arrangement achieves profundity and character through Merrick’s use of shadowing, disparities, and the tautness that exists between the stationary and the kinematic forms. 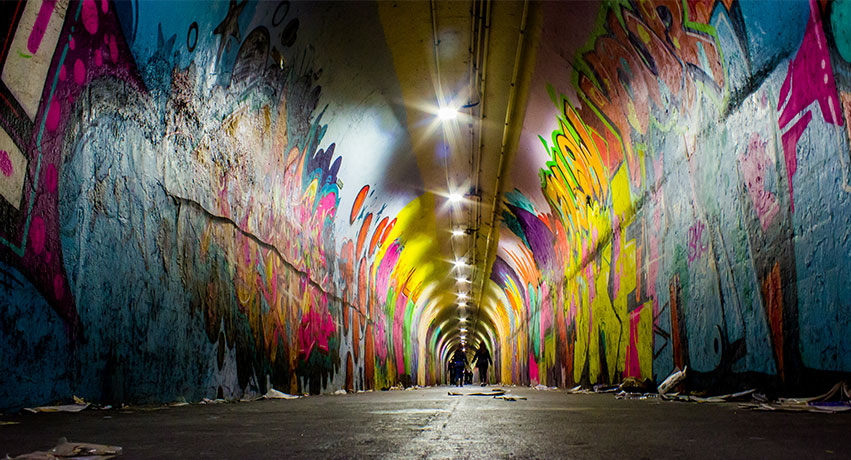 The Club in the Shadow

This exhibit brings to the front a collaborative installation made by Kim Gordon and Jutta Koether. The installation faces change and mutated through countless presentations and impromptu assemblies. It brought to light how various stimulation can provide varying experiences. It could be pleasant or intriguing to see how different people can end up experiencing different things despite being exposed to the same variables.

It was a thought provoking installation that certainly brought conversation to the forefront after it all.

We’re so glad that art continues to grow as time passes by!