In 2006, ROVE helped to put together an American’s first ever solo show on UK soil. The title of the exhibition was Notions and it was made by the very talented Sanford Biggers. The exhibit was held from the 10th of February to the 18th of March.

What was particularly interesting about this exhibit was the fact that it hailed from countless sources in the life of the artist. It wasn’t just one big thing. It was an amalgam of quietly steadfast Eastern spiritualism and the more coarse black form of vocal expressions. It was a surprisingly unique take on varying mediums of modern art: urban culture and technology. Somehow, Biggers had managed to create a harmonious situation between the wisdom of Buddhism and the more up to date expressions of Black music. 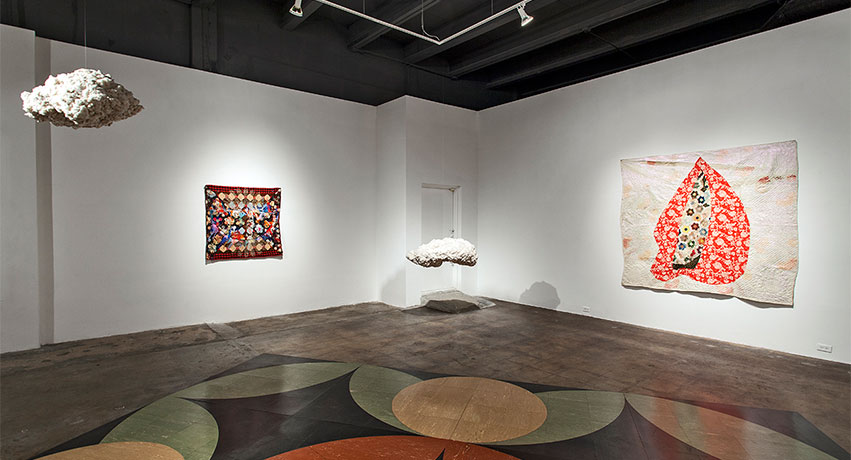 There were other installation pieces that were part of the exhibit as well. In the middle of the works in the show was the installation/video piece ‘Network: A Remix’. This was motivated by the 1976 film entitled ‘Network’. It was a satirical film about a fictional TV network named Union Broadcasting System (UBS) and their fight with meager ratings.

Biggers has reinvented three arrangements from the film and installed them to seem as if the observer is ‘backstage’ or in the TV studio where the accompanying video was shot. The audiovisual comprises re-enactments of significant acts from the film through which he converts a 20th Century artistic relic into a timeless note that resounds with our own present-day presence.

His piece entitled Calenda is something that is completely profound without being in your face about it. Structures of footprints or what the dance sphere calls ‘dance notation’ are scattered across the floor and walls of one of the corners of the gallery. These follow the patterns of the Hustle and Disco Tango.Altering and theorizing the footprints on the walls into swirling creations, Biggers moves to reorient their gist from frolicsome disco steps by illustrating them in constellation patterns.

Biggers’ works have always been called the right blend of meditation and improvisation. What makes him quite amazing as an artist is his drive to ensure that his audience would interact with his work. As such, he has often turned his sculptures into actual performances.

A lot of people back then didn’t really believe in the clashing of genres. It often seemed that hip hop had no place melding with anything else. The thing was, if it worked for the likes of DJ Monkey now, it would certainly work for Biggers. There was some criticism regarding Biggers and how legitimate his grasp of music was. It was quite unfortunate these critics did not realize that Biggers had spent a large fraction of his life playing the piano. This provided him with the ear and the knowledge of music that would allow him to push the boundaries of mixing genres.

Biggers, as a person, is highly determined in pursuing his craft. He knew that he had always wanted to do arts. This is why he attended the School of Art Institute of Chicago. Something he looks back fondly upon is the fact that his college, Morehouse College, had a severe lack in art major classes. As a consequence, Biggers had to take his classes at an all-girls university.

This certain helped to shape his wider view of life and his understanding of freestyle. This is something the world can certainly be thankful for. It is because of this unique perspective that he was able to build his own understanding and interest in melding cultures together.

The blending of cultures resonates with us particularly. The writers of Rove TV are a varied bunch. Some of us have long complicated histories that stem back from mixed marriages that came from different cultures. It can always be quite disconcerting when you’re born half and half. The cultural identity that the parents got to enjoy as children is not something that is generally experienced by the children of mixed race marriages. 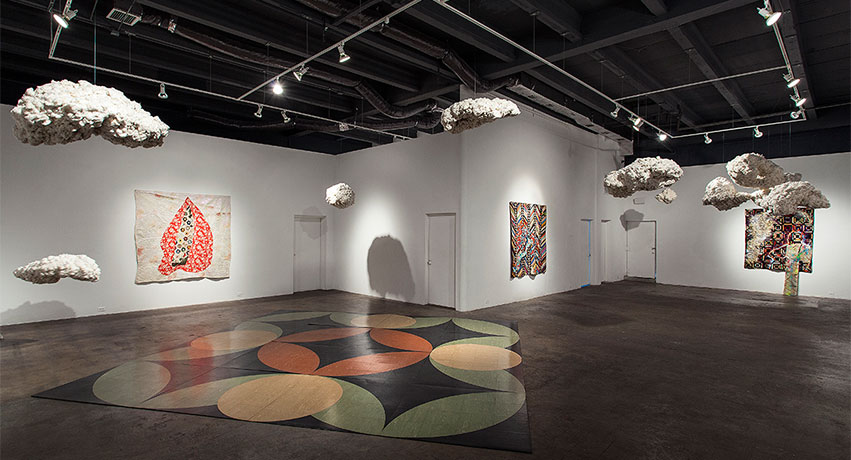 Often, there is a prolonged state of confusion and a heck of a lot of soul-searching. While it is so easy to simply dismiss the concern as something that “they will eventually grow out of”—that does not mean that the struggle is any less poignant or real. Having an artist like Biggers to bring together cultures that are geographically so far apart is a great place of solace. Art is one of the ways in which people can grow. Art can inspire or frighten. Thankfully, Biggers’ blend of traditional and current culture is a fascinating way to allow those in the middle to form a bridge between varying pieces of themselves.

Representation always matters. So many of us would definitely want to thank Biggers for his part in helping others get though their troubles or issues through his art!

After his success with Notion, Biggers continued with other successes. In 2008, he went on to receive the Creative Capital Award. In the year after that, he earned the William H. Jonson Prize. In 2010, Biggers was bestowed the Greenfield Prize along with a two-year position and warrant of fresh work. This opportunity birthed the center of his 2012 solo exhibition which was put together by Matthew McLendon. It was also in the year 2010 that he became an assistant professor in the Visual Arts program in an Ivy League university.

When art and artists make an effort to unify otherwise far-reaching cultures, something more meaningful and profound occurs in the process. Much like how Paul Thek developed thoughtful commentary through his art, Biggers managed to take several things that he found interesting and create something new altogether. We continue to support Biggers’ thriving successes and we gladly await his future projects. We’re certainly vested in what he has in store for the world next.

If there was anything that anyone could take away from this, we hope it will be the fact that you don’t have to only be part of one culture. You can immerse yourself in others in a wholly positive and respectful way.