The world of art seems to go on forever and yet for some, it all seems to pass in a blink of an eye. Today, we take a look at one of the better artists to have shared her talent with the world: Zaha Hadid.

Just who was Zaha Hadid?

She was born on the 31st of October in Baghdad. Her father was a wealthy industrialist and had a hand in co-founding one of the more significant political parties in the 30s and 40s. Zaha Hadid attended boarding schools in her youth.

She went on to study math at the American University of Beirut. She later on moved to the Architectural Association school of Architecture. One of her professors had described her as one of his most outstanding students. Hadid was touted as a true visionary who had the ability to see beyond the traditional angles. Although it is said that she wasn’t as attuned to small details—she focused mostly on the larger picture. The smaller details followed shortly after.

After graduation, she went on to work for one of her former professors. While her projects were largely unbuilt, she was steadily earning her reputation with her pretty visionary ways. One of her works in the Vitra Fire Station in Germany. It has large angles which pushed boundaries of the lot which is indicative of the design style that she’ll carry for the length of her career.

She also designed the Contemporary Arts Center in Cincinnati. It was no small deal. Her being able to design the arts center meant that she was the first woman to ever design an art museum in the US.

What a career it has been, indeed! This amazing lady has a very special place in the heart of Rove TV. She had allowed Kenny Schachter to organize her exhibition at Sonnabend. 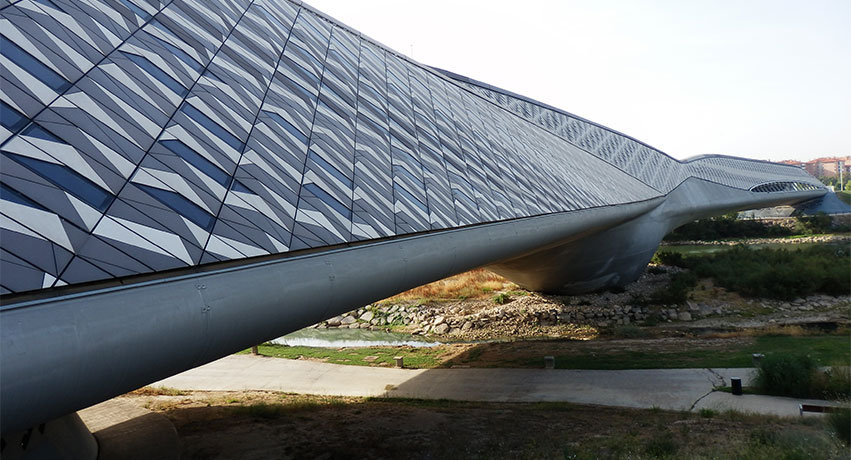 The entire exhibition aimed to reinvent the connection between art and architecture. Hadid built a series of large scale art installations which made use of the precepts of architecture as the core of sculptures, design, and even paintings. What was amazing was that Hadid was able to challenge and evoke discourse about the processes, machinations, and forms of the pieces. She developed spatial representation through the notions of warping the space, pulling it, and she even pushed the boundaries of the gallery itself.

What she built for her 2008 exhibit was breathtaking and effectively created a new and unfamiliar interior perspective. In one of her pieces, she transformed a full wall. From something plain and steadfast, she brought to life a large relief which turns into an elegant and rather futuristic desk. We got to experience the perfect unison of architecture, art, and design. While her pieces could be functional—which is the utilitarian aspect of architecture—she made sure that was not the point of it at all.

Her exhibit showcased Hadid’sperception into the new 21st century urbanism. This is a culmination of over thirty years in the field. After this exhibit she went on to build more masterpieces. She even went on to earn more accolades to her name and prowess. It was also in the year 2008 that she was named among “The World’s 100 Most Powerful Women” by Forbes. One of her more recent projects was the Port Authority in Belgium.

Other than her buildings, she also was a valuable source of information. She was a professor at University of Illinois. She was even a guest professor at HFBK Hamburg.

All of these barely scratch the surface of who she was as a person, an architect, and an artist. This is why it was so hard for everyone to hear that it was March of 2016 that the world had lost a truly great visionary. Hadid was in a Miami hospital undergoing treatment for Bronchitis when she suffered a heart attack. 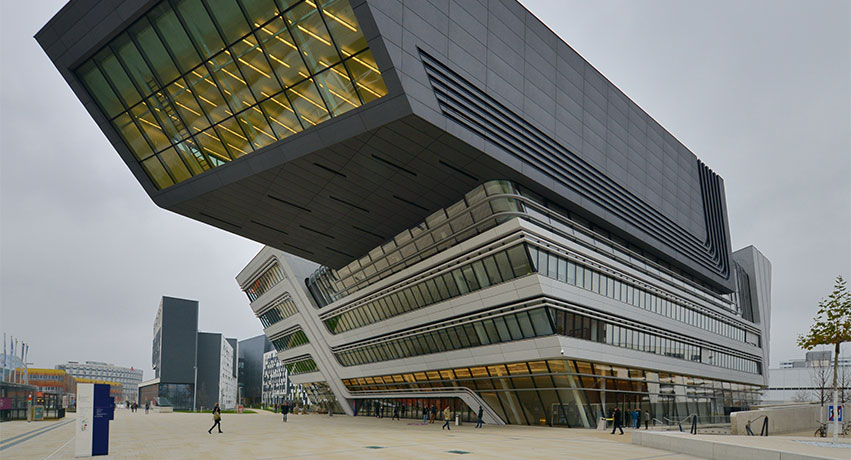 Following her passing, there was a massive outpour of commiseration and remembrance. All the people she had helped in the course of her career came out to speak. They spoke on how she had touched their lives and how large of an inspiration she was to them and their particular fields. The Port Authority in Belgium had named the square at the front of the building in her honor.

Even after Hadid had passed, she continues to gift the world with her genius. The Salerno Maritime Terminal was one of her last projects and had its soft opening. What was wonderful about Hadid was that she didn’t particularly put any emphasis on herself as a female architect. She had never wanted nor needed any particular treatment simply because she was female.

Even the pieces that she built were not indicative of her gender. Instead, she created features that were devoid of gender but were all clearly her. Hadid and her many successes inspired many a generation of female artists and architects. She did not let her gender or her race color her art and work. She merely completed everything as she saw them in her own unique vision.

She pushed the envelope when it came to her designs and visions. Her creations have never been easily categorized. They always seemed to shift from project to project. Much like the person herself, the art spoke for itself. It captured attention. It always demanded the question “is that the same space as it was before?”

Hadid had a magical way of transforming ordinary spaces into extraordinary ones. She heightened the awareness of the space by molding them in ways that weren’t thought to be possible or functional. Yet, it always somehow just worked. She was the kind of artist that made you wonder why her style was not thought of before—they were functional, yet they emphasized the space around the piece or the building. Spatial awareness was her true forte.

While it is regretful that the world lost a unique and strong visionary, we all hope that the seeds of inspiration she has left will bloom beautifully.